Thanks to Sean Healy who answered some questions for us during the week!

Who’s your best friend on the team? Shea Ryan

Best advice someone has given you: My Ma always says your health is your wealth

One county player you’d like to see play for Moorefield: Michael Murphy

Career low: Losing an u12 county final to St Laurence’s by next score wins after extra time 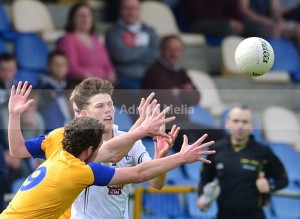 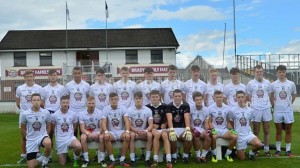 Dublin captured their 32nd Leinster MFC title on Sunday when a superb opening half display laid the foundation for success against reigning champions Kildare at Croke Park.

Captain Con O’Callaghan led the way with 1-5 in that opening half as Dublin built up a 3-9 to 1-8 interval lead and they never looked like relinquishing that advantage in the second-half.

Kildare, who won their sixth Leinster title a year ago when they defeated Westmeath, were looking to win successive provincial minor crowns for the first time in their history.

And it looked good for them early on when two points from Sean Dempsey and one apiece from Conor Hartley and Evan Flynn helped them open up a 0-4 to 0-1 lead after nine minutes.

But Dublin settled and O’Callaghan really came into the game and they hit the front when the Cuala man worked his way in and drilled a low shot to the net and Warren Egan quickly added a point to lead by 1-4 to 0-5 after 14 minutes.

Kildare hit back and full-forward Sean Dempsey fisted a cross from Stefan Lawlor to the net a minute later. Chris Sallier levelled for Dublin and when O’Callaghan pointed after 17 minutes it put them into a lead they never surrendered.

He added another one shortly afterwards and then Colm Basquel found the net after being set up by Sallier. Dublin did not relent and really the game was over as a contest when Aaron Byrne flashed a superb shot to the net which left the Dubs ahead by 3-9 to 1-8 at the interval.

The second-half was a much more subdued affair with Kildare never looking like getting back into contention and it was Dublin who pushed further in front to lead by 3-14 to 1-9 after 39 minutes.

Kildare responded with points from Eoghan Boyle and two more from Dempsey but they never looked like getting in for the goal which they required to ignite a meaningful comeback and it was Dublin who finished strongly to wrap up the title.

This entry was posted in Kildare. Bookmark the permalink.