Best of luck to the Patricians team who are playing in the Cumann na mBunscol hurling final tomorrow at 3.30pm in Moorefield. Thanks to Sean Maher who answered some questions for us. Best of luck! 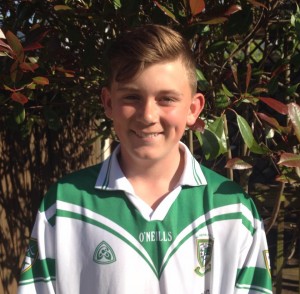 Position: Goals for the school but centre back for Moorefield

First time you played hurling: When I was 3 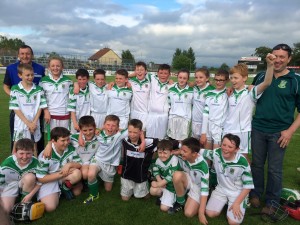 Best game you ever played in: County final 2013

Biggest influence on your life so far: my dad

Best advice someone has ever given you: Whoever goes the hardest and wants it the most will get that ball-my dad

Best ground you have ever played in: Croke Park

Who’s your best friend on the team? Clodagh Murphy

Who’s the tough nut of the team? Apart from me? hahaha

Who’s the Joker of the team? Lucas Woijek

Who’s the most skillful? Dylan Mulcahy

Who’s the best trainer? Me. Deckie O’Toole’s coaching is brilliant.

Who’s the worst time keeper on the team? Stephan Sheridan

Who’s the best player you have played with? Killian O’Shaughnesy

Who’s the best player you have played against? Morris Keogh from Rathangan

Who’s the newest player on the team? Brandon Hill

Who’s the oldest player on the team? Clodagh Murphy

Who’s the top scorer? Me (I take the frees), Clodagh, Daven Dillon

This entry was posted in Cumann na mBunscol, Team-mates. Bookmark the permalink.