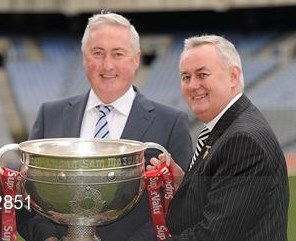 On Saturday 20th June we hosted our first Emmet McConville Perpetual Tournament, the day was a great success and a fitting tribute to a great Moorefield gentleman.

The club would like to thank Cullyhanna, Portarlington, St. Annes, Ballinteer St. Johns, St. Laurence’s and Monasterevin for taking part in the tournament and to all our volunteers on the day who made the day the success that it was.

Congratulations to Ballinteer St. Johns who won the Shield Final beating St. Laurence’s in the final.

Congratulations to our Under 12 team and management who won the first ever Emmet McConville Perpetual Tournament beating Portarlington in the final. 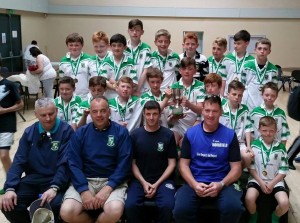 Emmet McConville of Cullaville and Moorefield

Emmet McConville departed this life on Christmas Day, 2013 after a short illness. The very sad and untimely passing of the Moorefield Underage Chairperson was a huge loss to the club, but most of all to his wife and family. Emmet was a wonderful supporter of Moorefield in numerous ways – as a leader, motivator, coach, mentor, generous sponsor and loyal friend. He is sorely missed in our club but our loss is in no way comparable to the loss suffered by his beloved family.

As cathaoirleach of the South Board, Emmet contributed immensely to the development and organisation of juvenile competition structures to help all clubs promote good discipline and fairness in the training of young players. This extended far beyond football: it applied to personal standards of behaviour, respect for all, and generosity of spirit – as exemplified in his faith-filled life.

Emmet continued the practice of South Board club trips to other counties, and this included his native county. The presence of a huge number of Cullaville and Armagh GAA members and supporters in a Guard of Honour at his funeral was a wonderful testimony to the regard in which he was held in the county of his birth. His business colleagues and friends also gave witness to his personal qualities which endeared him to them, not just as an employer and associate but as a genuine friend.

Emmet took over the role of Moorefield Underage Chairperson on completing his term in South Kildare and brought his talents and initiative to the club. His strategy was to develop a particular standard for each age group in Moorefield. Unfortunately, he succumbed to a serious illness and went to his eternal reward on Christmas Day 2013. May the Emmet McConville Tournament commemorate a great man, and may he rest in peace. 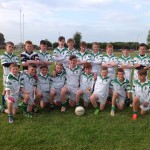 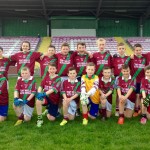 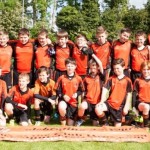 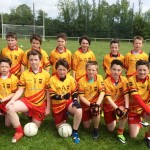 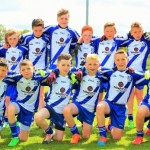 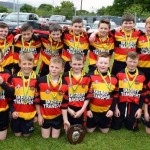 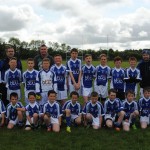 This entry was posted in Emmet McConville & Tom McDonnell Tournament. Bookmark the permalink.