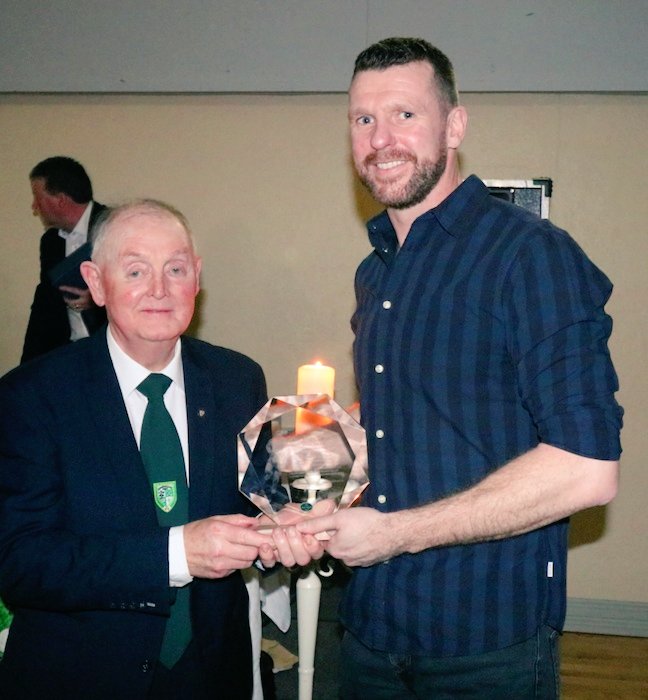 Once in a generation an extraordinarily talented player emerges in the GAA: think Henry Shefflin or Colm Cooper or Stephen Cluxton at county level.

The same is true at club level. In the long and storied history of Moorefield Club, we have had many very talented players who have provided great occasions which foster wonderful memories that shorten long winter nights when success did not come as easily as in other years.

One man has contributed enormously to these occasions over the past 20 years. If a vote were taken, he would be certain to garner a shoal of Number Ones. We are privileged to have seen him in action: his leadership, commitment and dedication to our club cannot be questioned.

In 1999, as a 19-year-old he was chosen as Moorefield Player of the Year, an award he received again in 2012. He has been at the forefront of every achievement in his club’s most successful ever period in senior football, winning 9 county championships and 2 Leinster titles between 2000 and 2018 as well as 7 Leader Cups. Considering the intensity of club football in Kildare, this is a phenomenal achievement.

3 County Under 21s and a Minor title

When Moorefield defeated Maynooth College in the Kildare Under-21 final by one point in the year 2000, the Leinster Leader report stated that he pointed two late frees to give Moorefield a well-deserved win in a performance which will long be source of pride for all associated with the club.

On many occasions when Moorefield needed leadership and inspiration, Roli was our Top Man. He could take charge of the situation, leading from the front, and turning what looked like defeat into victory.

In the 2006 Leinster Club final his two goals from penalties put Moorefield on the road to victory over Rhode. And in the 2017 Leinster final, he was front and centre of the Moorefield recovery and victory. He got on a mountain of ball and his 61st minute goal threw Moorefield a lifeline. In the sixth minute of added time he prevented a long-range Éanna Connor free from going wide and directed the ball to where Kevin Murnaghan gathered possession, swivelled and scored the winner.

Describing that win, he said, “This is the best competition I’ve ever played in. There’s nothing like the club to get the spirits going. This is incredible.”

In a tribute, a Kildare supporter paid this compliment to Roli: “If I was going to war on the GAA pitch, I would want him in my corner”.

In 2011, Roli wrote this inspiring piece, not about himself but paying tribute to those who influenced his career:

When all is said and done, it is the people who work so hard to introduce young players to sport and who give great service to their clubs and communities who should get a large part of the credit for the achievements of their protégés. In my own case, I am grateful for the coaching and encouragement I got from Anne Edghill, now sadly deceased, who looked after Gaelic football in my primary school in Athgarvan. I am also appreciative of the example of so many of my heroes as a young player, especially Seamus ‘Sos’ Dowling who coached Moorefield to win the Kildare minor title in 1997 and who played for Kildare in the 1998 All-Ireland final.

He instilled in me and in our team the will to win as well as to enjoy the social aspect of sport. Only for these and thousands of volunteers in sport, there would not be any great days in the sporting cathedrals of Ireland and the world. They are the true heroes.

There is no doubting that Roli is a true hero. His record speaks for itself. He has been regarded throughout the county as the outstanding Club Player in Kildare for the best part of two decades. He is an inspiration for all Moorefield players, members and supporters.

It is our great privilege to honour Roli by bestowing on him a very special and unique award for his unstinting service to Moorefield Club. 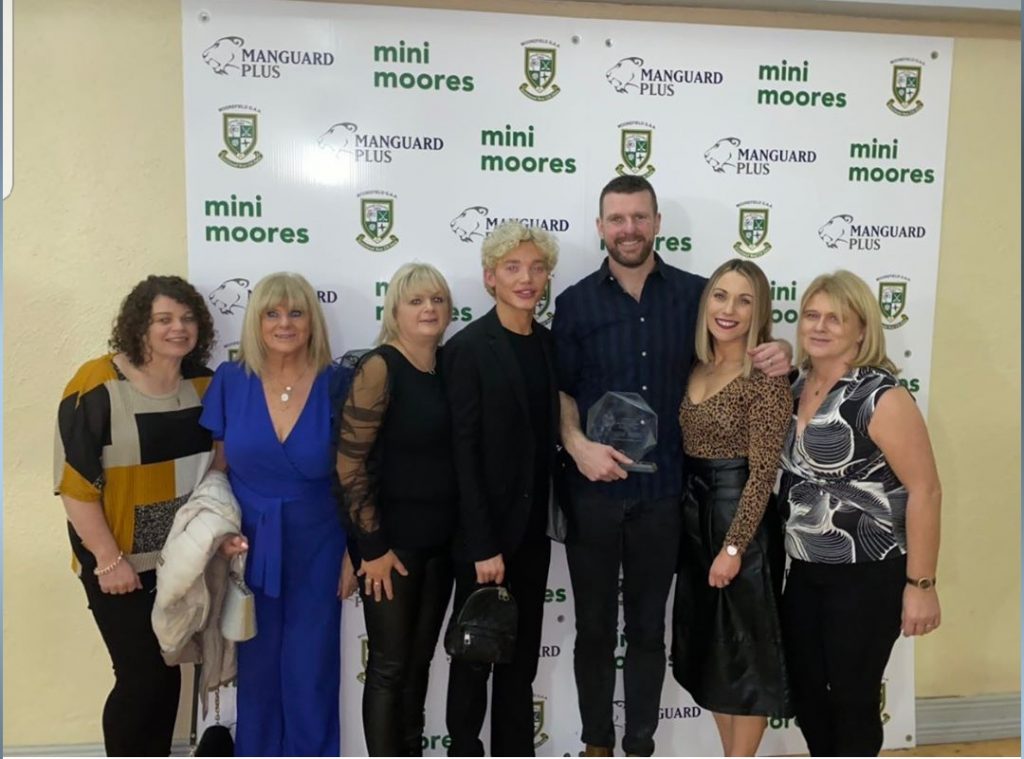 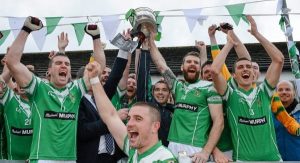 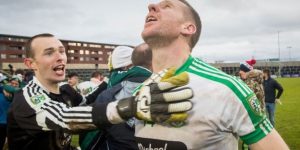 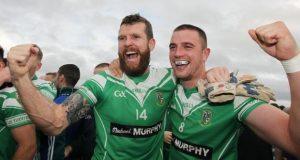 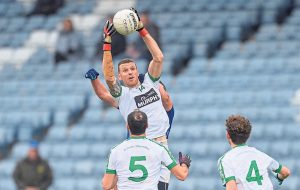 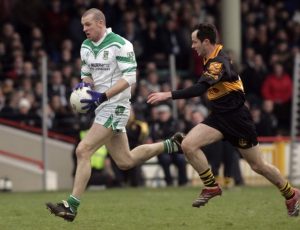 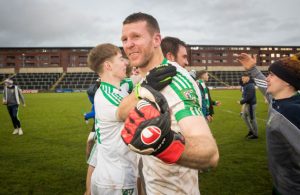 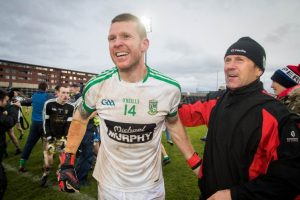 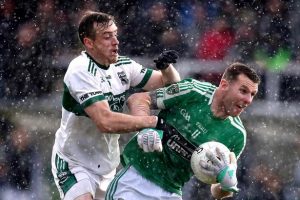 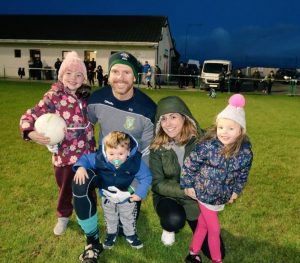 This entry was posted in Features, News, News Feed. Bookmark the permalink.