The death has occurred of Stephen SCHWER
Brannockstown, Kilcullen, Kildare

The passing of Stevie Schwer on Tuesday morning breaks another link with the Moorefield senior hurling team who won the 1963 county championship for the second time in the history of the club. Reporting on the semi-final, the Leinster Leader of 12 October noted that “Stephen Schwer played with great dash and determination at midfield throughout and was at his best when partnered by Tom O’Connell in the second half”. He starred at centre forward in the final against Broadford and regarded that victory as the highlight of his career with Moorefield.

He had already won a junior championship with Moorefield in 1961 and wore the number 15 shirt when winning an All-Ireland junior title with Kildare against London, in London, on 30 September.

Eoghan Corry records in Kildare GAA – A Centenary History that Stevie first lined out for the Lilies in the National League on 9 November 1958 and that his last game for the county was against Offaly on 20 March 1966. In all, he played at least 25 times for Kildare and he was a highly skilled forward who hit 4-0 in a league game against Offaly in April 1965. He played in the full-forward line 20 times, at half-forward on four occasions and once at midfield.

On behalf of the club, Chairperson Mick Moloney paid tribute to Steve: “He contributed enormously to the success of Moorefield and brought skill and flair to the junior and senior championship winning teams in 1961 and 1963. He was a great servant of the game and his junior All-Ireland medal is testament to his ability to wield the camán at inter-county level – which he did from 1958 to 1966. On behalf of the club, I wish to express our sincere condolences to Steve’s wife, Breda, his sons, Brian and Trevor, and his brothers, Maurice, Lar and Pat, and his extended family on their sad loss. May Steve rest in peace.” 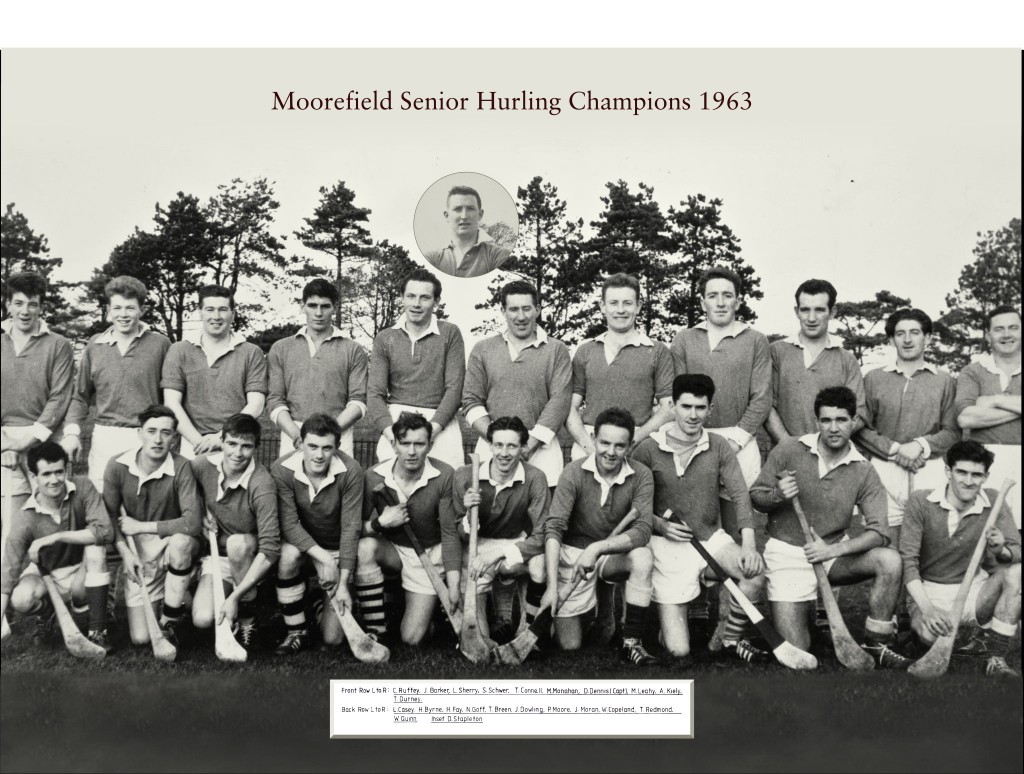 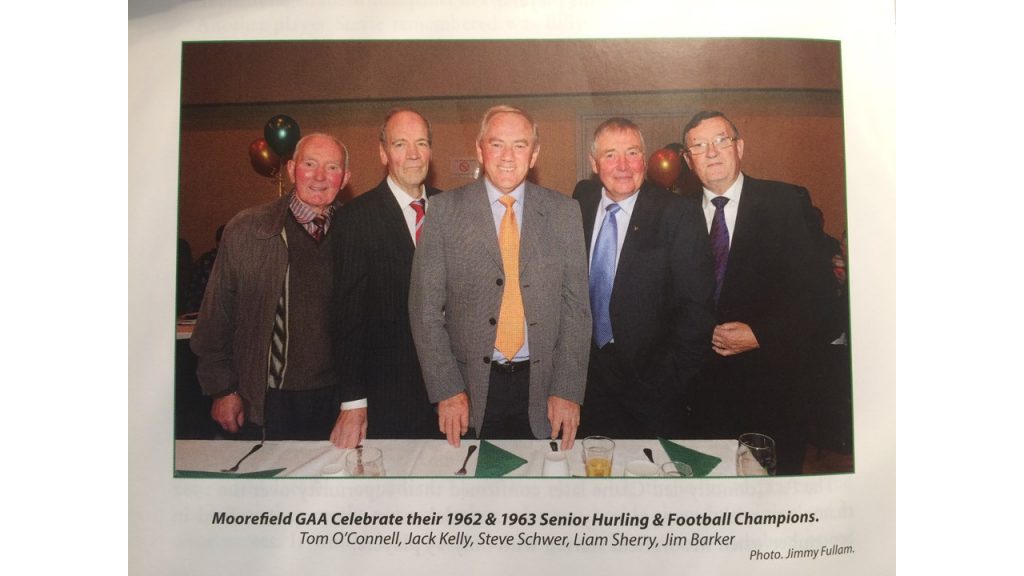 Moorefield Hurling and the Kilcullen Connection

It was Moorefield’s good fortune that Stevie and several other Kilcullen club hurlers came to Moorefield in 1961, as recorded in the Club History by Peter O’Neill.

‘The thing about Moorefield was that it was better to be playing with them than against them!!’ So said Stevie Schwer while reminiscing about his hurling exploits with Moorefield in the early 1960s. It was Fr Collier who had kept hurling going in Kilcullen but as his interests declined many of his team threw in their lot with other clubs. These were the dedicated players and Tom O’ Connell and Frankie O’Rourke went directly to Moorefield. The younger ones including Stevie Schwer, Jim Barker, Jim Clifford, Tony Donovan and Liam Sherry went to Sarsfields and won a minor championship in 1957 as St Patrick’s. This group moved up to junior in 1958 and ended up losing to Moorefield in the championship who were powered by Kilcullen stalwarts Tom O’Connell and Frank O’Rourke. The game had the unique distinction of Kilcullen players opposing each other.

In 1960 Stevie became secretary of the Kilcullen football club and it was decided to enter a Kilcullen junior hurling team in the championship. This only led to defeat by Eire Óg and in 1961 the rest of the Kilcullen brigade came to the Moorefield club. It was because of their confirmed interest in hurling that they were advised by the one and only Bob Duggan to throw in their lot with Moorefield where hurling was beginning to flourish.

The group settled in quickly with Moorefield and Stevie’s vivid memory is of Davy Dennis being the guiding light in the club and their mentor in chief. Everything would come through Davy who was inspirational with his deep love of hurling and, whether in training or in games, it was his motivation that encouraged the whole panel to continually strive for improvement.

The following year, 1962, was very memorable as it brought victory to the Kildare junior team in the All-Ireland final against London by 4-7 to 2-4 following a 7-15 to 2-5 win over Kerry in the ‘Home’ final. Moorefield featured strongly on this team with Tom O’Connell as team captain Stevie Schwer, Jim Barker and Mick Leahy in the forwards. The Moorefield subs were Frank Fogarty, Cummins, Colm Ruffley and Jim Barker. It should also be mentioned that Davy Dennis was a selector and trainer with this team.

When asked for his highlight with Moorefield, Stevie immediately pointed to winning the Senior County Championship in 1963. This was a superb team, he said, with many great players and it was an honour for Kilcullen to be represented to such an extent by Stevie himself, Tom O’Connell, Jack Kelly and Jim Barker.

Great celebrations followed the victory and everyone was looked after by the club before returning to Kilcullen. The fact that they were not resident in Newbridge probably kept them apart somewhat and there were times when they could feel like outsiders. There was also a big turnover of players and sometimes they might not remember who was beside them in training and in some games. It would have been nice to get to know team members better, he said.

Not being from the town, club spirit was different for the Kilcullen players and, once more, Stevie felt it was due to the efforts of Davy Dennis with his fantastic attitude and encouragement and also the influence of Billy ‘Woodener’ Quinn that they felt so welcome in Moorefield.

Indeed, it was with many a twinkle in his eyes that Stevie Schwer recalled his happy and exciting hurling days with Moorefield, and he quoted again with a knowing laugh – ‘it was better to be playing with them than against them’.