“Away From Home” with Paul Morrissey

Brief Description of yourself. Any close Family, Where were you living back home, Where are you living now, Occupation, Where did you go to school etc

I am married 13 years to my wife Jackie. My parent’s are Fintan & Kathleen Morrissey. I have 3 brothers & 5 sisters. I have 8 nephews & 6 nieces. I grew up in Highfield est, and  lived in the Oaks in Newbridge before coming to Australia & I now live in Brisbane. I work as a contract Fitter. I went to school in Scoil Mhuire primary school, then on to the vocational & finished up in Bolton Street Technology.

What teams did you play for ?

I played senior and senior b for the club over a 19 year period.

Played with Kildare in the opening of Erin’s Isle new football grounds in Dublin in 1987. – MY CLAIM TO FAME, lol 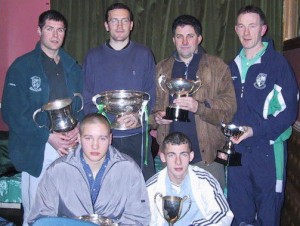 Any favourite managers/ coaches when you were playing?

Kevin Keogh of Wexford comes to mind, his coaching abilities stood out from most then, He was  stone mad, but had great training methods, Very disciplined and committed and expected nothing less in return.

None will match the Leinster Club win in 06, but the two that came close are my first Leader Cup in 94 because it was over 40 years since we last won it, and the three games against Sarsfield in 87 in which I was captain, the buzz and anxiety in the whole county let alone Newbridge was simply overwhelming,

Do you keep up to date with results and news about Moorefield, if so how ?

Yes through friends at home and the new website. Congrats great Job, special praises to Peter Mc Dermott & Gerry O Connor and all their colleagues who helped to get it up and running. It’s a credit to ye all.

I don’t play any football now, however I do support  The John Mitchels Gaa Club in Brisbane mainly due to one of our own ex Moore  Keith Kearney, who won a  Brisbane Senior Football championship managing & coaching them. Dave Murray is also presently playing with this team. I keep fit now practicing Martial Arts with Brisbane Ju Jitsu centre.

My Parents, my Family, and friends.All the GAA, and The Curragh Races.The banter with friends and the creamy pint of plain.

The Irish Government ( shower of cheats ),The weather, Sarsfields, LOL, (although if we didn’t have that club in the town what would Moorefield ever do  to amuse themselves)

Firstly my Father for his hurling achievements with Kildare,  Seamus “Tango” Dooley, he worked tirelessly with the underage of Newbridge when I was playing in my younger days.

One of my dearest friends ( Peter (lofty) Loftus R.I.P) Who was an extremely gifted player who always seemed to get the scores when we needed them.

Australia is a magnificent country, blessed with all aspects of sports, the climate is second to none, the only downside I have to say is the vast distance from Ireland but having said all that there is lots of opportunities as far as work goes.

To my Family make sure Dad’s glass is always full when you meet him out.

To my mother I love and miss you lots.

To my brother’s and sister’s, I miss all the sing songs and session’s

To my friends , keep the flags flying and drink plenty of stout as you never know when you wont have it, LOL,

Finally I like to take this opportunity to wish Moorefield and Kildare the very best of luck in all forthcoming  Championships and a personal thank you  to Peter Mc Dermott for giving this interview it brought back a lot of memories.

GOD BLESS TO YE ALL. Slainte. 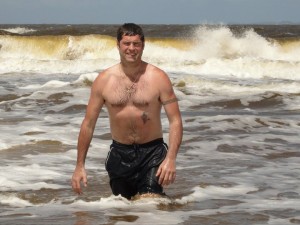