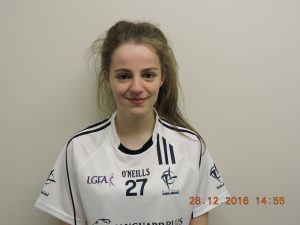 Thanks to minor ladies captain, Kayleigh Humphries, for taking part in our latest feature. Kayleigh and the minor girls play Leixlip tomorrow in the Championship Final. Come out and support them at 3.30pm in Hawkfield. Best of luck to the team and management.

What age did you start playing football? I started playing in Athgarvan when I was 9

What age did you start playing for Moorefield? I got a transfer when I was 15 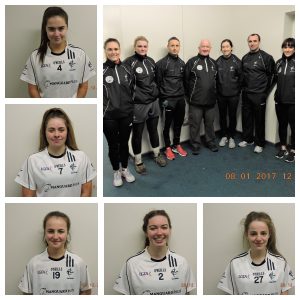 What’s the most enjoyable day you have had in a Moorefield jersey? Winning the double this year with the senior ladies 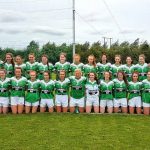 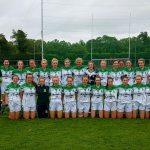 Biggest influence on your football career: My Parents

Best advice someone has given you: Never give up 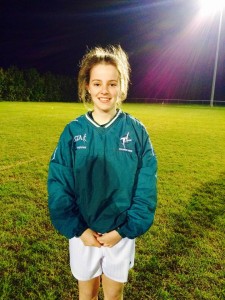 Career high: winning the all Ireland final with my school team

Career low: losing to Dublin in the Leinster A Minor Final this year 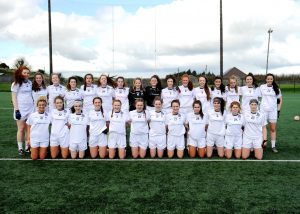 Getting to know your Team-Mates

Who’s your best friend on the team? Kate and Carrie have been playing with them since 12s

Who’s the tough nut of the team? Ciara Regan

Who’s the Joker/Messer of the team? Ciara Regan and Kate Hamilton

Who’s the most skilful? Carrie Pedley 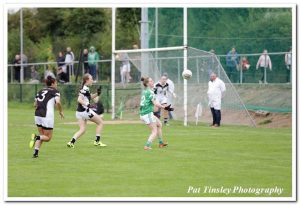 Carrie in action in the Championship Final

Who’s the worst time keeper on the team? Jordanna Rooney!

Who is the worst dancer? We’ll see Saturday night! 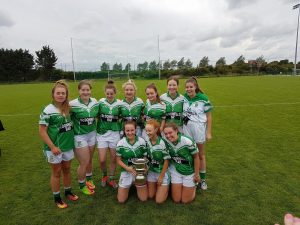 Who’s the newest member to the team? Megan Masterson 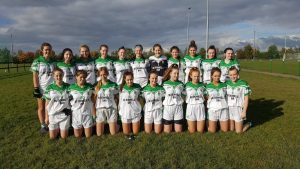 This entry was posted in Captain's Profile and tagged Captain, Kayleigh Humphries, Minor. Bookmark the permalink.