Visit to the Schools

One of the great perks of winning a championship is visiting the local schools with the Championship trophy.

Our Senior Footballers visited the schools after this years Kildare GAA Championship victory & had told all the students how they had hoped to be back in December with the Sean McCabe Cup for the Leinster Club Championship campaign & after Sunday’s exciting victory there was great excitement from both students & teachers.

The club would like to thank all the schools for the fantastic reception they received when they arrived. It’s greatly appreciated. 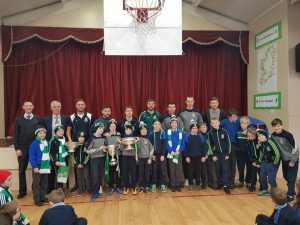 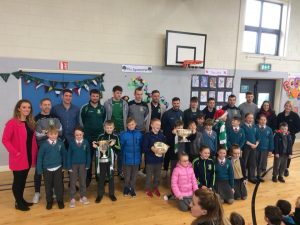 The Moorefield staff and pupils in Scoil na Naomh Uilig!

This entry was posted in Mini Moores, News and tagged Leinster Champions, School. Bookmark the permalink.