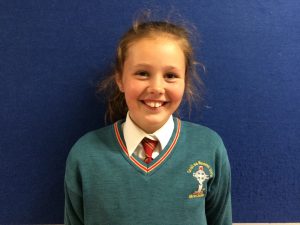 Thanks to Moorefield’s Ella O’Neill, Scoil na Naomh Uilig captain, who participated in our first feature of the week. Ella and her team mates will play Robertstown in the Under-11 Cumann na mBunscol final at 5.00pm on Thursday. This is the first girls football final that the school team have been involved in! Managers of the team are also Moorefield players, Sheena and Leanne.

Best of luck to Ms. Curran and Ms O’Brien, the team and management.

First time you played football: About 4 years of age

Best game you ever played in: Semi-final last week for club and school

Biggest influence on your life so far: My daddy and Tommy Martin.

Best advice someone has ever given you: To try your best and come off with a red face!! 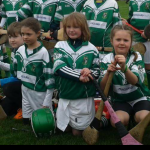 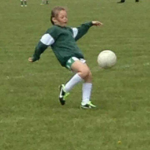 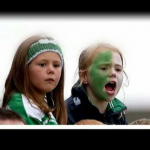 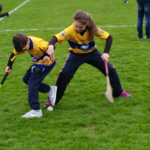 Best ground you have ever played in: County grounds 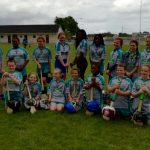 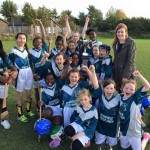 Tell us about the team!

Who’s your best friend on the team? Aisling, Grace, Kate and Hannah 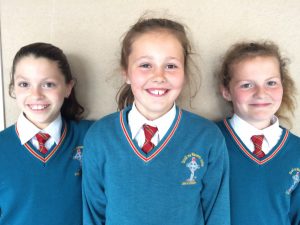 Who’s the tough nut of the team? Me or Grace

Who’s the Joker of the team? Me

Who’s the most skilful? Me😵

Who’s the worst time keeper on the team? Kim

Who’s the best player you have played with? Aisling or Grace 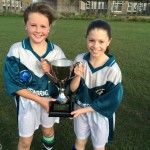 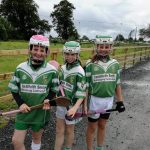 Kate, Aisling and Ella in action for Moorefield

Who’s the best player you have played against? Emma Martin

Who’s the newest player on the team? Cherise

Who’s the oldest player on the team? Don’t know

Who’s the top scorer? Grace or me 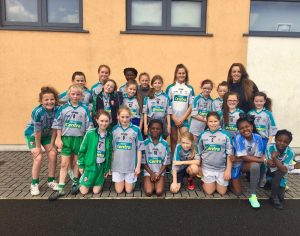